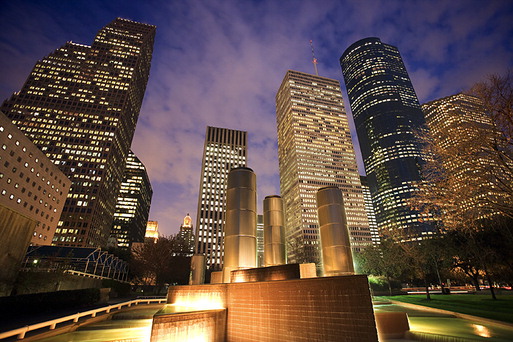 I’ve been through five hurricanes in the years I’ve lived in Florida. Yes, five . . . . The worst was the very first hurricane that greeted me less than two months after my arrival in Fort Lauderdale to start a doctoral fellowship at Nova Southeastern University. You may remember that one–it’s name was Andrew.  Yeah, A-n-d-r-e-w (for those of you who do remember). Then there was Charlie when I was living in Orlando (I think it hit in 1999 if I remember right). And then right after I took a job at Southeastern University in Lakeland, we were hit by three hurricanes within a six-week period of time in August/September 2004. I don’t remember their names.

And, as if that wasn’t enough, I endured the aftermath of Hurricane Ike that hit Houston in September 2008. I accepted the job in Houston in August 2008 and was scheduled to move there in late September. Well, Ike hit Houston, and hit it hard, mid-September 2008, and my coworkers at Southeastern University asked me if I was still going. I remember telling them I had lived through five hurricanes in Florida and I wasn’t about to let hurricane stop me from going to Houston. And I didn’t . . .  However, navigating through an area so soon after a hurricane hit was a challenge . . . mostly from all of the energy trucks that flooded the highways throughout Houston. And, I also arrived in Houston at the peak of morning rush hour. It took a couple of hours just to navigate to where my apartment was located (and yes, they did have electricity but there were still many areas in Houston including that area around the location of my apartment that still didn’t have electricity).

So, with my previous experiences with hurricanes I decided not to chance it by staying in Florida waiting for Isaac’s impact. I packed up my car and left early Saturday afternoon heading for Houston. Seventeen hours later I was back in the city where this long saga of unemployment first started almost three and a half years ago. Maybe it will end here, too (I did pack my job interviewing outfit).

This was not a “spur of the moment” trip but was planned in advance. My three-day trip to Atlanta in May spurred me on even though I was not successful in my attempt to find a job in Atlanta. Since the trip to Houston required 17 hours of driving, I knew I wanted to stay for a least a week to make it worth the cost of the trip. I thought I was going to go at the end of May, and when that didn’t work out I made plans to go in July, but that particular plan turned out to be way too expensive (I was planning at that time to actually move back to Houston even though I didn’t have a job waiting for me). While I love living in Florida, I just haven’t been able to find a job in the three years I’ve been back, and since I loved Houston, even though my work experience there was, well, disastrous, I still wanted to give it a second chance.  After all, I can’t blame an entire city for one bad job, now can I?

When I arrived yesterday (Sunday) morning, after getting several “second winds” during my 17-hour drive, one of my first stops was at a friend’s home where I spent some time talking with her and her husband. I first met her at the place where I lost my job (she resigned a few months after I was fired, but the two incidents are unrelated–her resignation was health-related). We had a great time and she helped me locate a hotel nearby that looked like it was fairly reasonably priced for at least my first night (I was looking forward to resting my head on a pillow and my body in a bed at that point in time). So I bid her farewell and headed off to the hotel. I didn’t end up staying there but kept looking around and found a Red Roof Inn near Katy that fit the bill perfectly (in fact, I’m writing this in my hotel room). Since I’ll be staying a week I’m looking into the “extended stay hotels” in the area for the remainder of my time here.

I love road trips–LOVE THEM–but haven’t had the money due to being unemployed to take very many in the past few years. When I first got out on the open road Saturday afternoon, a smile broke out on my face and didn’t stop the whole way to Houston. I was in my element. I felt free–free for a few hours from the hassles and heartbreak of trying to get my work life back together after so many years. Absolutely nothing mattered except being out on the open road and listening to some great music . . . .

And now that I’ve caught up on my sleep after a great night’s rest, I’m ready to see what this week will bring. And I’ll keep you updated . . .

This morning a song crossed my mind by Steve Winwood–“While You See A Chance.” There couldn’t have been a more perfect song for this whole trip (well, sans the romance part of it as I’m looking for a job right now–romance can wait for later). I decided to post the YouTube video below and here are the words to the song:

When some cold tomorrow finds you
When some sad old dream reminds you
How the endless road unwinds you
While you see a chance take it
Find romance, fake it
Because it’s all on you

When there’s no one left to leave you
Even you don’t quite believe you
That’s when nothing can deceive you
While you see a chance take it
Find romance, fake it
Because it’s all on you

When that old gray wind is blowin’
And there’s nothing left worth knowin’
And it’s time you should be going
While you see a chance take it
Find romance, fake it
Because it’s all on you

While you see a chance take it
Find romance (repeat 4x)

This whole experience reminds me of something the Apostle Paul said in Philippians 3:13-14: “Brothers, I do not consider myself yet to have taken hold of it. But one thing I do: Forgetting what is behind and straining toward what is ahead, I press on toward the goal to win the prize for which God has called me heavenward in Christ Jesus.” The Message Bible (including verse 12) states it like this: “I’m not saying that I have this all together, that I have it made. But I am well on my way, reaching out for Christ, who has so wondrously reached out for me. Friends, don’t get me wrong: By no means do I count myself an expert in all of this, but I’ve got my eye on the goal, where God is beckoning us onward—to Jesus. I’m off and running, and I’m not turning back.”

Well, I certainly don’t have it all together either, but I’m well on my way . . . . And, I don’t count myself to be an expert in any of this (either), but I’ve got “my eye on the goal, where God is beckoning us onward—to Jesus.”

YouTube Video: “While You See A Chance” by Steve Winwood: