“And now we welcome the new year, full of things that have never been”―Rainer Maria Rilke (1875-1926), a  Bohemian–Austrian poet and novelist. 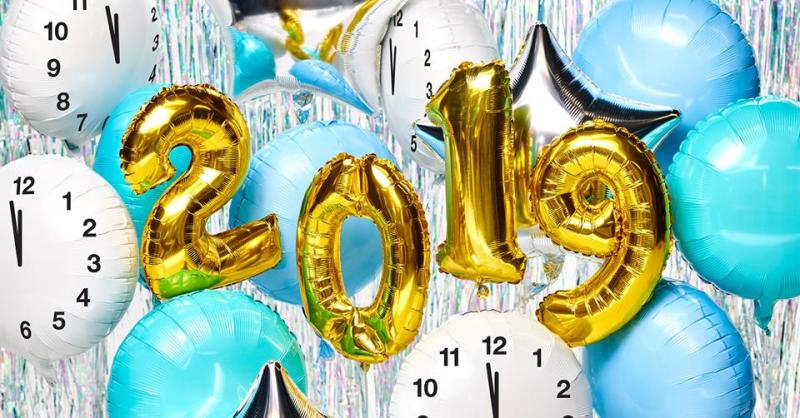 Yes, another brand new year has just begun, and I can think of no better way to start it off then with a blog post I published on October 23, 2018, on my other blog, “Reflections,” titled, “May the Road Rise Up to Meet You.” Here is what I wrote:

I ran across this Irish blessing (see below) and YouTube video (click here–it’s a very cool video 4:35 minutes long and nice piano music starts at 2:01) this morning, and I thought I would post both here on my “journey” blog. Here’s a little background information on the blessing:

This traditional Irish blessing is an ancient Celtic prayer. Celtic literature is famed for using images of nature and everyday life to speak of how God interacts with with His people.

“May the Road Rise Up to Meet You” is about God’s blessing for your journey–may your walk be an easy one–with no huge mountains to climb or obstacles to overcome. It alludes to three images from nature – the wind, sun and rain – as pictures of God’s care and provision. The “wind” can be likened to the Spirit of God, who came as a “mighty wind” at Pentecost. The sun’s warmth in the prayer reminds us of the tender mercies of God, “by which the rising sun will come to us from heaven” (Luke 1:78, NIV), whilst the soft falling rain speaks of God’s provision and sustenance. Finally, we are reminded that we are held safe in God’s loving hands as we travel on our journey through life. (Quote source here.)

Here is that Irish blessing:

May the Road
Rise Up to Meet You

May the road rise up to meet you.
May the wind be always at your back.
May the sun shine warm upon your face;
The rains fall soft upon your fields
And until we meet again,
May God hold you
In the palm of His hand.
(Quote source here.)

One of the main characteristics of Celtic Christianity (approximately from the fourth to the seventh century A.D.) is that of a strong connection between the spiritual (what is godly and heavenly) and the earthly (nature and living). In Ireland, St Patrick established monasteries that were hubs of community life, were both monks and married people lived and worked together. The “cities” (as St. Patrick liked to call them) also often produced beautiful art and craft. The prayer life of the early Celts reflects these aspects of life together and closeness to nature, and is some of the most inspirational church liturgy in existence.

In recent times, Celtic spirituality has witnessed something of a revival in the modern day church. There are now thriving celtic communities (such as the Northumberland Community) and hymns such as “Be Thou My Vision” and other, more modern songs based on celtic writing have become popular in contemporary worship. (Quote source here.)

Lords-prayer-words.com includes an extensive resource of traditional and contemporary Christian prayers. As noted on the website:

Central to this site is ‘The Lord’s Prayer,’ as this is where Jesus, the great master and Lord of all, teaches us how to pray. Here you can discover many versions and translations of this famous prayer, as well as commentaries and interpretations on the ‘Our Father’ by several classic biblical scholars and theologians. The site is also packed with other free resources on prayer – with videos to meditate on and several hundred prayers on topics such as healing, strength, prayers for children and for various times and occasions. (Quote source here.)

And, of course, what New Year’s Eve celebration would be complete without singing the song “Auld Lang Syne” (see YouTube Video below) to welcome in the New Year at midnight. In an article published on December 29, 2017 titled, “The Real Reason People Sing ‘Auld Lang Syne’ on New Year’s Eve,” by Olivia B. Waxman, staff reporter at Time.com and Time Magazine, she writes:

When the clock strikes midnight at the end of December 31, the first thing many New Year’s Eve revelers are likely to hear — if the noisemakers haven’t ruined their hearing yet — is the song “Auld Lang Syne.”

It’s not clear who exactly composed the music for the Scottish folk song, which has a long history of being sung to mark the end of something — or even how best to interpret the meaning of the song’s Scots language title, which is often attributed to the poet Robert Burns and could be literally translated as “Old Long Since.” (The Scottish government goes with the popular “for old times’ sake.”) What is clear is that Canadian bandleader Guy Lombardo helped make it a New Year’s Eve tradition in the United States.

Long before Dick Clark’s New Year’s Rockin’ Eve became an end-of-year entertainment tradition, there was the New Year’s Eve concert hosted by Lombardo, “the last great dance-band leader,” as TIME once called him.

“His New Year‘s Eve concerts in New York City, which began in 1929, became an institution,” the magazine noted in his 1977 obituary. “First on radio, then TV, Lombardo‘s rendition of “Auld Lang Syne” marked the nation’s rite of passage from the old year to the new.” (Quote source here.)

And here is a link to an entertaining article published on December 31, 2018, titled, “Long Before Dick Clark’s Rockin’ New Year’s Eve,’ Guy Lombardo was the King of New Year’s Eve,” by Joel Keller at Decider.com. In the opening to his article, Keller writes:

Dick Clark had an extraordinarily long run ringing in the New Year on “New Year’s Rockin’ Eve.” From 1972 until his death in 2012, he hosted the ball drop in Times Square—first on NBC for two years, then on ABC—only missing one year in 2005, right after he had a stroke. Forty years is a long time, but do you know who had an even longer run? Guy Lombardo.

Lombardo and his Royal Canadians big band hosted New Year’s Eve festivities for 48 years, first on radio, then on television. Think about that time span: When he started at the Roosevelt Hotel in 1929, radio was just in its infancy; by the time he led the band for the last time, in 1976 (he died in November of 1977), CBS was broadcasting the festivities across the country in living color.

The show pretty much never changed. Lots of elegant people dining and dancing, with Lombardo leading the Royal Canadians to play classic waltzes and other danceable songs. At midnight, he led the band in “Auld Lang Syne.” (Quote source here.)

And history was made that New Year’s Eve in 1929 when Lombardo and his big band first played “Auld Lang Syne.” “The song begins by posing a rhetorical question: Is it right that old times be forgotten? The answer is generally interpreted as a call to remember long-standing friendships.” (Quote source here.)

While the words to the song are often a blur as in mumbling along as we sing because we aren’t sure of them, Wikipedia provides the actual English version of the words as follows (the words in bold type are from the YouTube Video at the end of this post):

And surely you’ll buy your pint cup!
and surely I’ll buy mine!
And we’ll take a cup of kindness yet,
for auld lang syne.

We two have run about the slopes,
and picked the daisies fine;
But we’ve wandered many a weary foot,
since auld lang syne.

We two have paddled in the stream,
from morning sun till dine;
But seas between us broad have roared
since auld lang syne.

And there’s a hand my trusty friend!
That gives a hand to thine!
And we’ll take a cup of kindness yet,
for auld lang syne.
(Quote source from video below–
words in bold type in video–and here.)

“Auld Lang Syne”–for friendship and old times’ sake. And who couldn’t use a cup of kindness to toast in another new year to friendships old and new and yet to be made in this new year.