“Let any one of you who is without sin be the first to throw a stone at her.” —John 8:7

Poet Carl Sandburg wrote of former US president Abraham Lincoln, “Not often in the story of mankind does a man arrive on earth who is both steel and velvet, who is as hard as rock and soft as drifting fog, who holds in his heart and mind the paradox of terrible storm and peace unspeakable and perfect.” “Steel and velvet” described how Lincoln balanced the power of his office with concern for individuals longing for freedom.

Only one person in all history perfectly balanced strength and gentleness, power and compassion. That man is Jesus Christ. In John 8, when confronted by the religious leaders to condemn a guilty woman, Jesus displayed both steel and velvet. He showed steel by withstanding the demands of a bloodthirsty mob, instead turning their critical eyes upon themselves. He said to them, “Let any one of you who is without sin be the first to throw a stone at her” (v. 7). Then Jesus modeled the velvet of compassion by telling the woman, “Neither do I condemn you . . . . Go now and leave your life of sin” (v. 11).

Reflecting His “steel and velvet” in our own responses to others can reveal the Father’s work of conforming us to be like Jesus. We can show His heart to a world hungry for both the velvet of mercy and the steel of justice. (Quote source here.)

In this devotion, Jesus “showed steel by withstanding the demands of a bloodthirsty mob, instead turning their critical eyes upon themselves.” And he “modeled the velvet of compassion” in his interaction with the woman caught in the act of adultery. He was also firm in his stance with the Pharisees while trying to get them to see the error of their ways.

I admire Abraham Lincoln and appreciate his words! Our sixteenth President, who penned the Gettysburg Address, also gave us such memorable lines as:

Lincoln was a man of resolve, but he was also a man of common sense. There were times to “put up the dukes,” and then there were times to relax the fists and extend a hand of friendship. Carl Sandburg, a Lincoln biographer, described the President as a man of “velvet steel.”  What a great appellation and fitting explanation as to why Lincoln’s sterling reputation has not tarnished over the years. When I open the pages of Scripture I see another person of velvet steel—Jesus! They said to him, “Teacher, this woman has been caught in the act of adultery. Now in the Law Moses commanded us to stone such women. So what do you say?” This they said to test him, that they might have some charge to bring against him. Jesus bent down and wrote with his finger on the ground. And as they continued to ask him, he stood up and said to them, “Let him who is without sin among you be the first to throw a stone at her.” And once more he bent down and wrote on the ground. But when they heard it, they went away one by one, beginning with the older ones, and Jesus was left alone with the woman standing before him. Jesus stood up and said to her, “Woman, where are they? Has no one condemned you?” She said, “No one, Lord.” And Jesus said, “Neither do I condemn you; go, and from now on sin no more.” (John 8:4-11 ESV). Carry something soft in your pocket today. Every time you touch it, pray this prayer: “God, give me Jesus’ discretion. Help me be a person of velvet steel.” 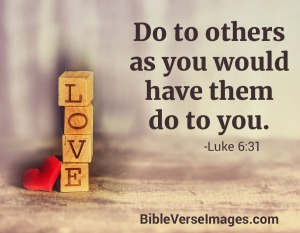 The key in all of our interactions with anyone we come into contact with is replacing a cold heart and attitude with a heart of compassion towards others no matter who is confronting us or trying to manipulate us. This was the case of the Pharisees in the above story who were always trying to trap Jesus, and, in this specific case, they also had no compassion for the woman they dragged before Jesus who was caught in the act of adultery, either. And Jesus showed compassion towards the woman whom the Pharisees couldn’t have cared less about. They were using her to get to Jesus trying to find a charge to bring against him.

Every interaction that we have with others clearly shows us our own heart attitude, and that includes even if we are trying to be deceptive by not letting the other person know our true/real motives. For a Christian, this kind of attitude is deadly as it is pharisaical, and the Pharisees in Jesus’ day never saw it in themselves, either.

Ephesians 4:32 states, “Be kind and compassionate to one another, forgiving each other, just as in Christ God forgave you.” Luke 6:31 states, “Do to others as you would have them do to you” (that’s Jesus speaking). In a short story based on Luke 10: 25-37 titled, “Jesus Teaches How to Treat Others,” by Diane L. Mangum, she writes:

The Jews and the Samaritans did not get along with each other. The Jews did not like the people who lived in Samaria. They thought they were better than the Samaritans and tried not to travel in their land. If they saw Samaritans, they would not talk to them.

But Jesus taught that you should treat people just as you would like them to treat you. Could that mean treating people kindly even if you didn’t know them or if they were Samaritans?

Jesus said people should love their neighbors. But was a neighbor only someone who lived nearby or someone who was like you? Jesus told a story to help the people understand how they should treat others.

In the story a Jewish man was traveling on the road from Jerusalem to Jericho. It was a dangerous road that climbed through steep hills. Thieves would often hide behind big rocks and then try to stop and rob travelers.

The thieves attacked the man and hurt him badly. They took his clothes and left him by the side of the road to die.

A priest traveling on the road saw the wounded man. But he hurried to the other side of the road and went on his way.

Next, a Levite man came by and saw the injured man. He, too, crossed to the other side and hurried by, not stopping to help.

Last, a man from Samaria came by. When he saw the Jewish man who had been attacked, he felt compassion and stopped to help.

The Samaritan washed and bound up the man’s wounds and took him to an inn, where he could rest and get food. The Samaritan paid the host money to care for the wounded man until the man was well.

The Samaritan showed the wounded man kindness and mercy. He treated him like a neighbor.

Jesus wants us to treat others as the good Samaritan did. (Quote source here.)

I’ll end this post with the words from Micah 6:8—He has shown you, O mortal, what is good. And what does the Lord require of you? To act justly…

Whatever Things Are True

God Turn It Around

5 Psalms To Start With Every Morning