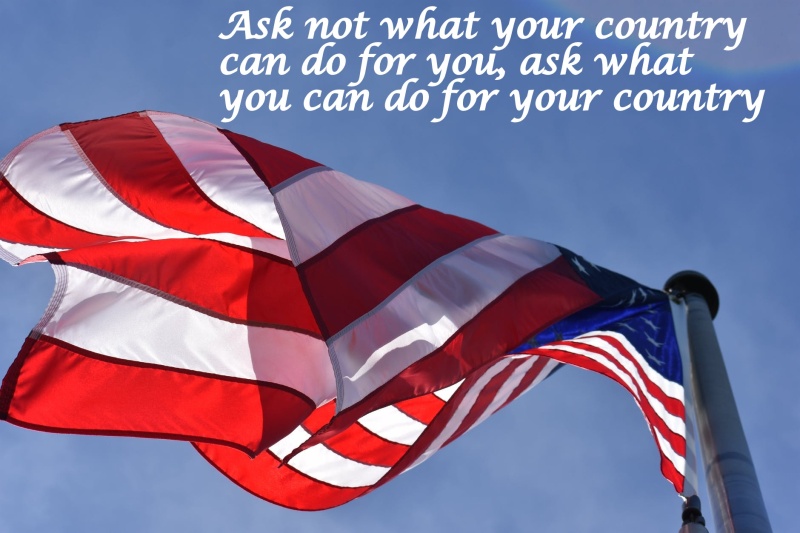 Today is Memorial Day here in America. As stated on AARP’s website: “The COVID-19 pandemic has upended life as we know it, forcing us to alter our behavior for the sake of public health. Memorial Day is no exception. Although most parades and public events have been cancelled for this year’s Memorial Day, there are still ways to honor service members who lost their lives. We compiled a list of events and services that can help you observe the holiday from home or within your community.” (Quote source and their list of activities can be found at this link.)

I watched the “National Memorial Day Concert” on television yesterday that was broadcast on PBS, and it was excellent. It is available to watch on their website at this link, and it is one hour and 25 minutes in length. One of the songs performed during this concert is titled “Still a Soldier” and it is sung by Trace Adkins (YouTube video is at the bottom of this blog post).

Each May, the United States celebrates a day called Memorial Day. Does Memorial Day have meaning? What is the history of Memorial Day?

Memorial Day was first widely observed in May 1868. The celebration commemorated the sacrifices of the Civil War and the proclamation was made by General John A Logan. Following the proclamation, participants decorated graves of more than 20,000 Union and Confederate soldiers.

In years since World War 1, the day has become a celebration of honor for those who died in all America’s wars, as well as those who are Veterans and current members of the US military.

In 1971, Memorial Day was declared a national holiday. The United States celebrates this holiday the last Monday of May.

President Ronald Reagan is credited with reviving the practice of honoring Memorial Day and its meaning. One of his famous speeches was given at Arlington National Cemetery on Memorial Day in 1986:

“Today is the day we put aside to remember fallen heroes and to pray that no heroes will ever have to die for us again. It’s a day of thanks for the valor of others, a day to remember the splendor of America and those of her children who rest in this cemetery and others. It’s a day to be with the family and remember.

“I was thinking this morning that across the country children and their parents will be going to the town parade and the young ones will sit on the sidewalks and wave their flags as the band goes by. Later, maybe, they’ll have a cookout or a day at the beach. And that’s good, because today is a day to be with the family and to remember. 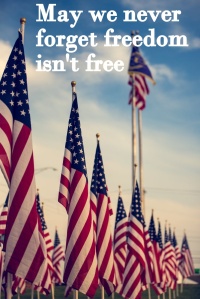 “Arlington, this place of so many memories, is a fitting place for some remembering. So many wonderful men and women rest here, men and women who led colorful, vivid, and passionate lives. There are the greats of the military: Bull Halsey and the Admirals Leahy, father and son; Black Jack Pershing; and the GI’s general, Omar Bradley. Great men all, military men. But there are others here known for other things.

“Here in Arlington rests a sharecropper’s son who became a hero to a lonely people. Joe Louis came from nowhere, but he knew how to fight. And he galvanized a nation in the days after Pearl Harbor when he put on the uniform of his country and said, ‘I know we’ll win because we’re on God’s side.’ Audie Murphy is here, Audie Murphy of the wild, wild courage. For what else would you call it when a man bounds to the top of a disabled tank, stops an enemy advance, saves lives, and rallies his men, and all of it single-handedly. When he radioed for artillery support and was asked how close the enemy was to his position, he said, ‘Wait a minute and I’ll let you speak to them.’ [Laughter]

“Michael Smith is here, and Dick Scobee, both of the space shuttle Challenger. Their courage wasn’t wild, but thoughtful, the mature and measured courage of career professionals who took prudent risks for great reward—in their case, to advance the sum total of knowledge in the world. They’re only the latest to rest here; they join other great explorers with names like Grissom and Chaffee.

“Oliver Wendell Holmes is here, the great jurist and fighter for the right. A poet searching for an image of true majesty could not rest until he seized on ‘Holmes dissenting in a sordid age.’ Young Holmes served in the Civil War. He might have been thinking of the crosses and stars of Arlington when he wrote: ‘At the grave of a hero we end, not with sorrow at the inevitable loss, but with the contagion of his courage; and with a kind of desperate joy we go back to the fight.’

“All of these men were different, but they shared this in common: They loved America very much. There was nothing they wouldn’t do for her. And they loved with the sureness of the young. It’s hard not to think of the young in a place like this, for it’s the young who do the fighting and dying when a peace fails and a war begins. Not far from here is the statue of the three servicemen—the three fighting boys of Vietnam. It, too, has majesty and more. Perhaps you’ve seen it—three rough boys walking together, looking ahead with a steady gaze. There’s something wounded about them, a kind of resigned toughness. But there’s an unexpected tenderness, too. At first you don’t really notice, but then you see it. The three are touching each other, as if they’re supporting each other, helping each other on.

“I know that many veterans of Vietnam will gather today, some of them perhaps by the wall. And they’re still helping each other on. They were quite a group, the boys of Vietnam—boys who fought a terrible and vicious war without enough support from home, boys who were dodging bullets while we debated the efficacy of the battle. It was often our poor who fought in that war; it was the unpampered boys of the working class who picked up the rifles and went on the march. They learned not to rely on us; they learned to rely on each other. And they were special in another way: They chose to be faithful. They chose to reject the fashionable skepticism of their time. They chose to believe and answer the call of duty. They had the wild, wild courage of youth. They seized certainty from the heart of an ambivalent age; they stood for something.

“And we owe them something, those boys. We owe them first a promise: That just as they did not forget their missing comrades, neither, ever, will we. And there are other promises. We must always remember that peace is a fragile thing that needs constant vigilance. We owe them a promise to look at the world with a steady gaze and, perhaps, a resigned toughness, knowing that we have adversaries in the world and challenges and the only way to meet them and maintain the peace is by staying strong.

“That, of course, is the lesson of this century, a lesson learned in the Sudetenland, in Poland, in Hungary, in Czechoslovakia, in Cambodia. If we really care about peace, we must stay strong. If we really care about peace, we must, through our strength, demonstrate our unwillingness to accept an ending of the peace. We must be strong enough to create peace where it does not exist and strong enough to protect it where it does. That’s the lesson of this century and, I think, of this day. And that’s all I wanted to say. The rest of my contribution is to leave this great place to its peace, a peace it has earned.

“Thank all of you, and God bless you, and have a day full of memories.” (Quote source here.) (YouTube video of Reagan’s speech is below.)

This Memorial Day is quieter then most due to the COVID-19 pandemic and social distancing restrictions that are in place right now and many of the ceremonies have been held online. As we remember those service men and women who have died in service for our country or later on in life, and as we honor those veterans who are still alive; let us pray for God’s blessing on America, and ask for God’s protection over those who are servicing in all branches of our military. And may we never forget . . .

One thought on “A Virtual Memorial Day Celebration”

This site uses Akismet to reduce spam. Learn how your comment data is processed.